What is Interactive Fiction?

What is Interactive Fiction?

Humans have been writing for more than five thousand years. Though many are worried that emoticons and pictures will take over our communications, writing has blossomed with advent of modern technology. As soon as internet became available, the sheer volume of writing exploded and noble and quite ancient art of writing is in ever growing demand.

Think of it. Imagine writing a Visual Novel in cuneiform system. Can you see yourself pressing your stylus again and again into freshly rolled clay tablets marking them with wedge-like signs. Would you really indulge in making interactive literature if it would involve brittle papyrus, trimming goose feathers or spilling pints of ink, having your fingers constantly smeared with gum arabic and indigo?

Filling page after page of CloudNovel’s zero-coding engine by simply typing away, seems quite easy in comparison. Now you see why despite abundance of pictures and memes, video clips or streams, writing still makes huge volume of content we consume every day. 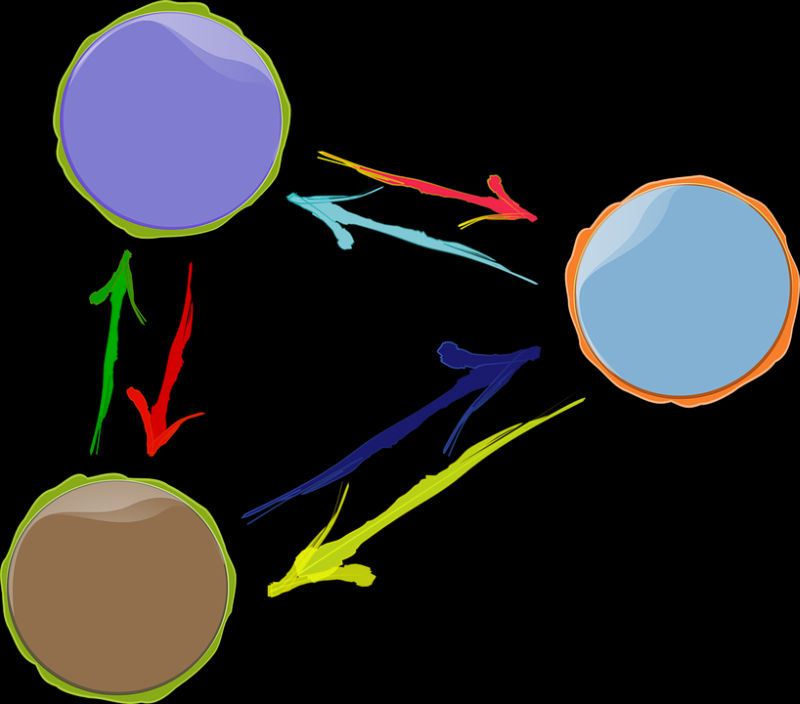 Interactive fiction, interactive narrative, non-linear narration. To many, these terms seem like synonyms. In fact, they represent quite different concepts that are greater part of narration in general.

Interactive fiction is actually a genre of software. Interactive narrative has to do with Artificial Intelligence. Non-linear narration is close to what you mean when you think of interactive fiction, but actually doesn’t pertain only to narrative games or Visual Novels and is wider part of narratology

As old as gaming itself 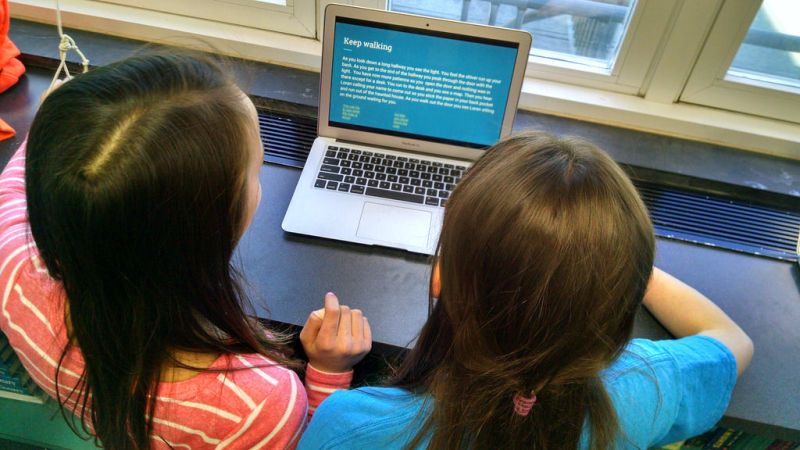 While first computers were around from 1945 it wasn’t until 1962 that first game ever was made. Not long after, mere two years after that first narrative work was created. It wasn’t really a game, but a precursor of what we would call ‘chatbot’ today. Computer was able to take user’s input and appear as if able to understand and have conversation with human being.

Around 1975, programmer Will Crowther was going through divorce and to find way to connect with his kids, he wrote a cave exploration game, simply titled – Adventure. In fact, due to six-characters rule of old operating system, it was titled ADVENT, later expanded to Colossal Cave Adventure. It was made in Fortran for ancient PDP-10 computer. Kids loved it, but so did everyone else, as game spread through ARPAnet, our Internet’s ancestor. With Will’s permission, in 1977 game was expanded and today many versions survive with new rooms, challenges and different scoring systems. 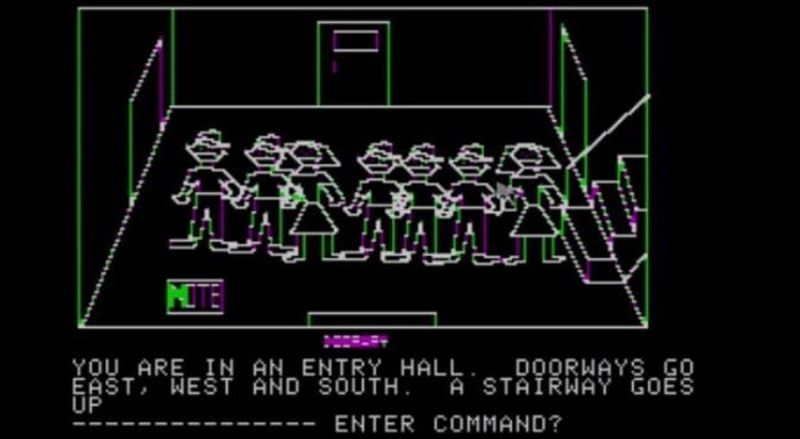 The popularity of Adventure created interactive fiction community and when Ken and Roberta Williams played the game and decided to make one, but with graphics, one of the earliest gaming studios was founded – Sierra Online.

Oops, just realized that we probably have youngsters reading this, who maybe missed the gems of adventure gaming; King’s Quest, Space Quest, Leisure Suit Larry, Police Quest, Quest for Glory and of course one of the rare successful interactive movie titles – Phantasmagoria.

Speaking of old timer game studios, the kings of interactive fiction was Infocom. It was formed from MIT staff and students. Their games were so technically advanced they could parse proper English. Other games, namely, used only two words input – GO EAST, or OPEN DOOR. Infocom’s parser was able to process sentences like, “Open the large door, then go west”.

They published very long lasting series of Zork games, as well as Douglas Adams’ The Hitchhiker’s Guide to the Galaxy. Next, Infocom titles featured strong storytelling and rich descriptions, eschewing the inherent restrictions of graphic displays and allowing users to use their own imaginations for the lavish and exotic locations the games described. Such were the Enchanter trilogy, the Planetfall series, Leather Goddesses of Phobos…

While commercial interactive fiction is in decline with rise of Visual Novels, graphic adventures, the community is still alive. Annual Interactive Fiction Competition gathers short works, while Spring Thing handles longer text adventure games. There are still plenty of tools for writing text adventures, as well as apps that read them.

Today games depend on some form of graphics to appeal to players and entering commands through parser is frowned upon as too antiquated interaction tool. That’s why games such is 80 Days, by inkle are sometimes counted as interactive fiction, due to predominance of textual narration in addition to other game elements as well as lovely minimalistic graphic design.

Make way for our A.I. masters

So, if interactive fiction is not what we thought it was, how about interactive storytelling or interactive narration? While it does seem appropriate term to describe sort of blend of gaming and literature that we at CloudNovel so much love and cherish, this term has to do with turning computers into storytellers.

Interactive narration is form of digital entertainment in which the storyline is not predetermined. It puts artificial intelligence (AI) in the role of narrator. So far interactive storytelling projects are more in the field of science than entertainment, as it blends computer science, emergent intelligence, UI design, linguistics, natural language processing, cognitive science, sociology and psychology to produce games that, quite frankly, look and feel like the kind we all played, but with much more going on ‘under the hood’.

Research into the heart of storytelling 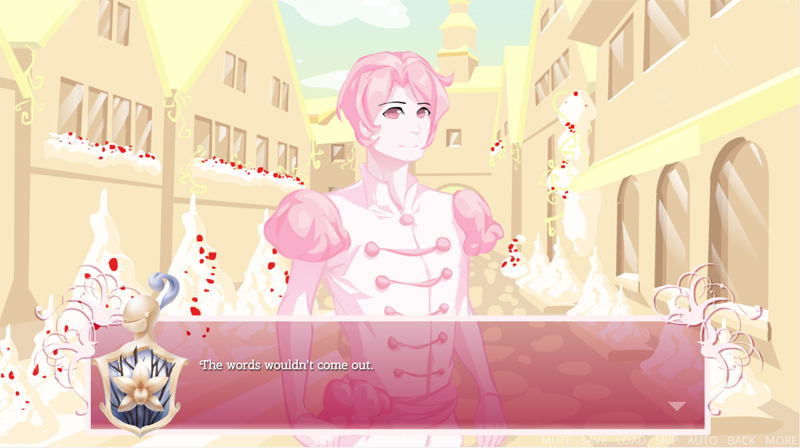 In order to be able to ‘explain’ to computer’s AI what a story is, scientists had to research into the very nature of narration. Hard science meets humanities. Artists insist that logic and linear systems are not able to describe such elusive, almost mystical concept of a story. Programmers on the other hand can’t work with fuzzy and unproven concepts of the humanities, often too abstract or irrational to be put in any sort of formula.

Still, the storytelling is part of our nature. After all, isn’t it hardwired into our genes? Didn’t we build civilizations based on our ability to share knowledge and experience by telling stories? And yet, a story is sometimes so fragile and emergent that it’s difficult even for human beings to capture it and understand how to create a good story.

As many Visual Novel authors know, writing branching story takes you into a trap. The more choices, the more branches, the more endings you offer to the player, the deeper you get in trouble. Every possible branch needs to be written and fully realized, even if not every player sees it, and thus any game which allows for a lot of player choice becomes a much more difficult to make for a developer.

Then there are games like The Sims where AI handles social interactions, but rarely builds dramatic tension or coherent and cohesive narrative. That’s why most of the efforts to build storytelling AI focus on breaking story to smallest constitutive elements, story ‘beats’ or story skeleton.

Computer uses system called drama manager to guide the narrative by searching and executing story ‘beats’. Oh, wait, wait. Dude! What are story beats? Ah. Yes. Often overlooked, the beats are tiny elements, atoms of the story. Each beat is identifiable moment of change. It’s the moment when characters need to do something to affect the world around them or other characters. So there is a ‘crisis’.

Character needs to make a choice and there has to be a resolution. Visual Novel writers are aware of story beats as they are typically what fits in between two meaningful choices. So, from all the beats supplied, AI needs to pick the most appropriate for the situation.

Then there is another system in action, agent manager. It supplies AI’s characters (NPCs) with information about the situation in the story and helps them decide the most appropriate reaction. It takes into account the character’s goals, motivations and behaviour models to generate appropriate response. The best examples come from game Façade which is along with Versu the most developed AI storytelling program so far.

Computer’s character has to decide what to do with arms, face, choice of words in response to what user supplied as input. If character is holding two glasses, it will make facial expression, instead of gesture. Things we take for granted, but which are nigh impossible for computer to comprehend…

Sir, you may not enter 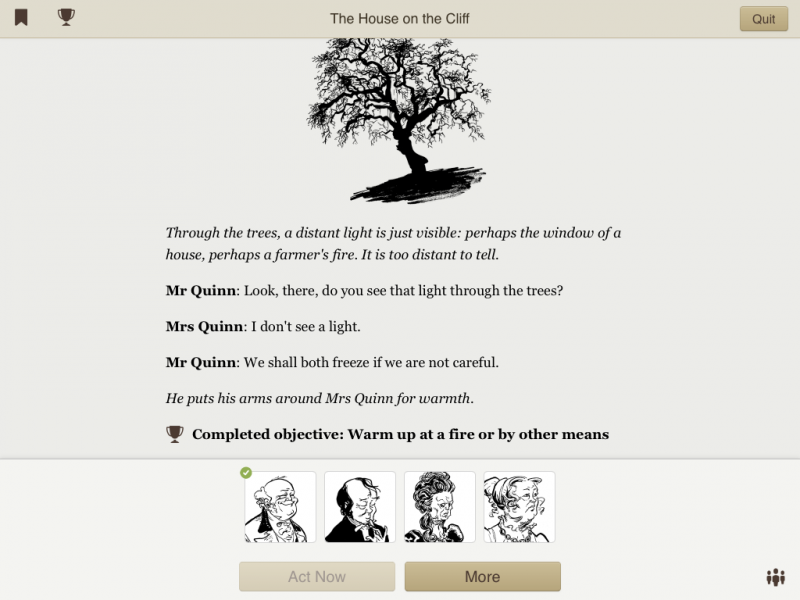 Versu is an innovative platform for AI narration that focuses of character interactions. Characters act autonomously. They react to social environment. The great example comes from one of the prototypes of the Versu-powered game.

Set in strict social environment of 19th century France, player is at one moment in a room with butler, a lady and two gentlemen. They leave. Player stays. Butler notes that player is breaking social standard, inappropriately deciding to stay alone with a female. Later in the game, when murder occurs, butler prevents player from coming anywhere near the corpse, as he has the player tagged as ‘of dubious character’.

In this way social interactions in combination with drama manager and story beats provides for rich and meaningful emergent narrative.

And now something completely different…

Finally it’s time to see what’s with non-linear narration. Well, this time the term does have some connection to Visual Novels, but in fact it is much older. Narrative structures were linear for long long time. It simply means that humans preferred writing about events in chronological order.

You know, telling stories from hunt. Building up the tension. First we searched for the beast, then we spot it’s print in the mud, then Ugha threw his spear. About time when we are three years old, our brain starts sorting memories into ongoing narrative with us in the middle. And just as living within a story is universal, so too is telling them.

Somewhere around time for Homer’s Iliad, story of Sinbad from Arabian Nights or Indian epic Mahabharata, narrators of old realized that suspense, curiosity and surprise are powerful means to create compelling story.

From late 19th century, modernist novelists, Virginia Woolf, William Faulkner and others experimented with narrative chronology and abandoning linear order. But it wasn’t till later in 20th century that non linear narrative not only eschewed chronological order, but started playing with elements of the story, giving us novels that are mosaics, cluster of stories that combined make greater whole than mere sum of its parts.

Of course, movie makers are making heavy use of non linear narrative ever since silent movies era. Most famous for use of broken structure are Orson Welles, Akira Kurosawa, Jean-Luc Godard, Woody Allen, Robert Altman and of course Quentin Tarantino.

No limits on our Cloud! 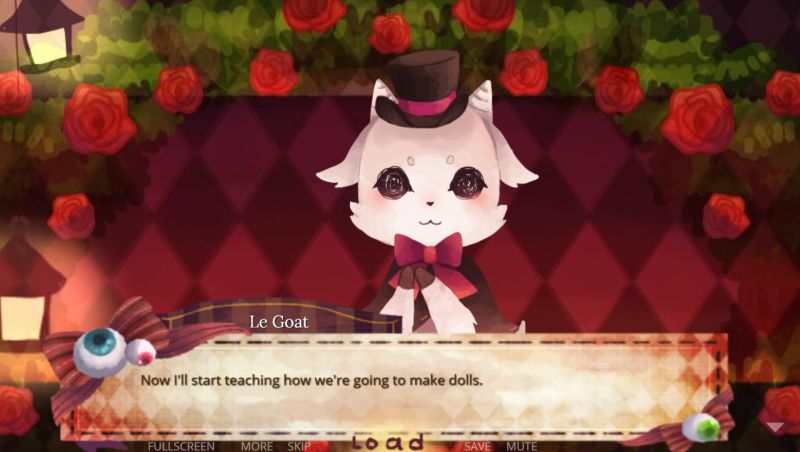 So what are you waiting for. Armed with theory it’s time to get down to the sweet practice! Go out there and write your story. Listen to her whispering to you. She is unique, special. She can’t be rolled out and baked. Multifaceted and modern, she wants you to work hard and think of that perfect branching, rhythmic choices and diverse endings that will make it real piece of interactive, non linear art.

CloudNovel enables you to keep track of your story flow and really create as simple or as complex structure as you like. With scenes, easy to set, drag, reposition and arrange, you have total creative freedom to make what you want.

And we want to hear from you. So what’s your favorite non linear work of art? Do you have a favorite structure? How do you decide which story structure to use in your VN? Do you make endings first? Do you make tree of scenes first or do you use good old chronological linearity?