What is Visual Novel’s Gameplay?

What is Visual Novel’s Gameplay? 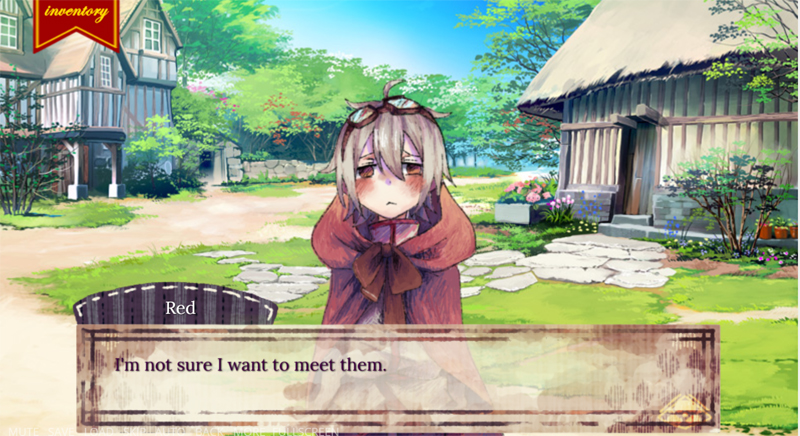 I showed a cute visual novel to my girlfriend and after a few pages she exclaimed: “Is this even a game? You just read and click, right?” Must admit, my jaw dropped. “Of course it’s a game… the delicate balance of… narration and visuals… relevant choices, perfectly timed…” I stammered trying to explain it to her, but fact is I didn’t believe my words because I know that many many Visual Novels are just not like this ideal of minimalism.

Then I was thinking… nevertheless, words and choices should be enough. However, if you visit Visual Novel DB searching for the best visual novels, you will notice very interesting search tag pertaining to gameplay. Namely, out of 21802 visual novels in the database entry, around 4193 have gameplay elements borrowed from vast range of other game genres.

Most popular genre seems to be simulations, with dating simulators and raising simulators making up 587 entries out of 895 other sims.

Still, being easier to make as story and dialogue-heavy game, dating sims sort of invaded the world of Visual Novels and are definitely here to stay. Best examples are Tokimeki Memorial, True Love and Summer Session. Note that these kind of games are often described as ‘harem’ by members of CloudNovel’s discord chat.

Pet games or monster raising games are the biggest representative of raising sims, though on occasions they are about raising a human(oid) being to adulthood with endings usually dealing with multiple variations of futures. Often mixed with dating sims, the best representatives of raising games are Alter Ego, Long Live the Queen, Princess Maker, but also Tamagotchi, Creatures and The Sims series.

Plan your next move carefully

Next vastly popular genres are RPG and strategy, often blended. Turn based strategy and RPG seems to be very popular with action mini-games running up very close and surprisingly puzzles being least represented.

One of the best representatives of this style of games is Sakura Wars franchise, then inspired by it Thousand Arms and more. Many would argue that Ace Attorney is no longer a Visual Novel, as gameplay element was so was so seamlessly blended with the narration, that line between genres were not only blurred, but gone!

But… but… what about Visual Novel games!

While for the uninitiated, casual gamer it seems too minimalistic to have fun just by reading and occasionally clicking, for hard core players and makers this barebone form has many advantages.

When we are born, our baby minds know no boundaries between the world and us. Everything is one and everything we experience is delightful cloud of unbroken continuity. Around third year of age we will start forming awareness of time and so starts the chronology of our memories. Basically a story starts with us in the main role. That’s why storytelling can be so immersive and reading never gets stale even in this digital age.

Visual Novels provide that primordial, inborn ability to be immersed in the story. Quality of narrative, pacing of the exposition, diversity of characters, intensity of drama, it all draws us in. More than conventional literature, the best Visual Novels make sure that pacing and quality of choices is used to the best effect.

For example, if choices are presented before providing sufficient information, then player feels like they are not called to make a decision, but to cast their ‘vote’ randomly. So, choices have to come with as much information as necessary for the player to feel they are making real decision.

Next is relevance. Visual Novels often offer abundance of choices from which very little carry any weight. Simply put, choices need to be meaningful, set so that player really experiences dilemma. If player is not invested in the choice, it just becomes frivolous branching which brings very little to none excitement. So choices that are backed with proper information, which are made about something that player actually cares for, make the Visual Novel’s gameplay.

Boss, this is hard…

As you can imagine, making Visual Novels to be engaging just through story and choices is never easy. Often the makers will introduce mini-games or blend gameplay of other genres with their VN to engage player more.

Sometimes it’s the very story that needs additional immersion which can readily come through clever use of puzzles, mini-games or different genres. Wonderful change of pace or raising of the scope of story can be achieved with well designed mini-game or puzzle.

Voice of the community

I’ve interviewed some of the prominent Visual Novel makers of Cloud Novel’s community to find out what’s their take on gameplay of Visual Novels and whether they really need minigames.

Fluffness claims that if she puts a lot of minigames in her work, she stops calling it Visual Novel. In fact, if a game is focused on story, then it can involve mini-games or other gameplay elements. But if the focus is on game play experience to the point that you might as well skip the story part, then it stops being a Visual novel.

LunaLotus thinks that making mini-games is fun. CloudNovel gives lot of possibilities to create and play Visual Novels and it is interesting to give players story clues to hunt for or provide them with a little ‘exercise’. They can be big plus for any Visual Novel if you don’t overdo it, warns Luna. Since her next game will be fantasy-mystery she intends to have a lot of code-entering puzzles, labyrinth, opening doors, chests with puzzles.

ThayBrownie is our resident Queen of Flags. She made first RPG battle mini-game in CloudNovel, as well as first pet game in our engine. Her goal is to make adventure game full of mini-games. She created great tutorials and one of them is actually about using flags (custom made variables in CloudNovel) to create interesting mini-games. Another ambitious project she sees for herself in the future is making of visual battle system with players able to change weapons, feel the fight, experience different weapon effects.

Well, dear CloudNovelist, it’s your turn now. Share with us your experience in playing and creating Visual Novels. Do you think the best Visual Novel needs any gameplay besides text and choices? Or do you prefer delicious blend of different styles? When does a game leave the range of Visual Novels and becomes something else? What will your next story feature? Lots of mini-games? None? We’d like to hear!