How (Not) to Write an Unforgettable Villain

How (Not) to Write an Unforgettable Villain 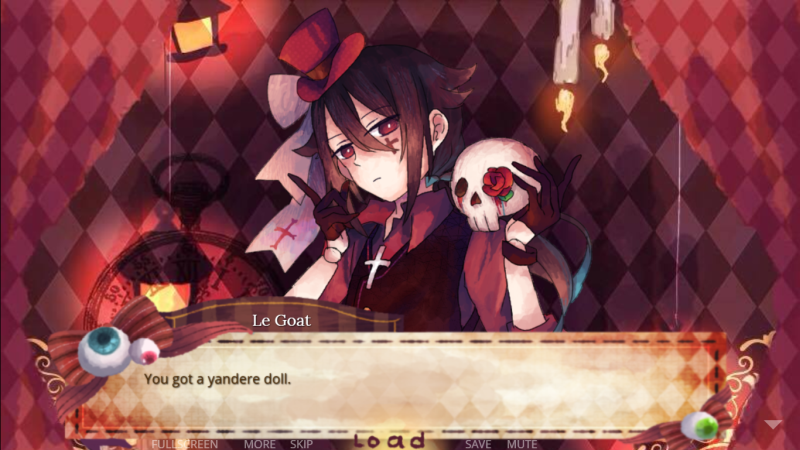 First of all, let’s separate villains from antagonists. In the west, typical stories can’t be told without a villain. It’s a character trait, someone actively being evil. In the east, more often we see antagonist. It’s a role in the story, someone (or something) opposing the character, adversary, rival, competitor.

Consider Princess Mononoke. There are no villains. Forest demons are not evil, just corrupt. San and her forest creatures are threatened by humans from the Irontown. They are lead by compassionate and protective Lady Eboshi. She takes up arms against the forest spirits only because they started attacking her people. Her goals are not motivated by desire to destruct, but to provide for her people. She might be ignorant of devastation that she causes to the nature, but is not propelled by hatred or vengeance, typical traits of a villain.

Do you even need a villain?

In games, specially in visual novels you will always have some sort of antagonist. If nothing else, the goal of the game is an obstacle in itself. In a dating sim or otome games, your obstacle is everything that stands before main character (MC) and girls/boys they want to snare.

So don’t push for villains unless you really need them. How to know when is a villain necessary?

Start from your theme and plot. Treat villain as every other element of the story, running it by your theme and plot. Take Star Wars for example. One of the themes is technology (Imperial Death Star, their Stormtroopers, TIE Fighters and destroyers, Darth Vader) against nature (The Force, Yoda at Dagobah, Obi-Van at Tatooine).

Would fuzzy teddy bears fit the story? Yup, Ewoks are part of the theme (creatures of the forest defeating tech-heavy Imperial army) and of the plot (crucial battle for destruction of Death Star).

If you build an otome game, would a villain help the theme and plot? Probably not. Antagonist, maybe.

Villains represent values that main character stands against. They are powerful force making our hero look better and his effort noble. This is important part. If they are obstacle or nuisance, feeble adversary, then you don’t need them. No story talks about Batman defeating simple crime syndicate. It’s always about nigh unstoppable mad genius bent on destruction on the large scale. Villain has to be someone that ONLY our hero could defeat – either by specific skill/trait (Harry Potter vs Lord Voldemort), or by specific relationship (Luke vs Dart Vader), or by possession of special artifact (Frodo vs Sauron), or by being in the right place at the right time (Rincewind of Discworld saga).

Your story needs one? Ok, let’s build them.

How to build a villain

There is no core difference between building a villain and any other character. Villains just need to be the best developed characters other than hero(es), with special attention on motivation and personality.

Characters are defined by

Cliche villains want to conquer the world or destroy it or some other equally megalomaniac goal. Try thinking about what is it that your hero wants. Villain can want that same thing, only in their villainous way. Think of what kind of heroism you want your MC to perform and then place the villain in their way.

Villain’s goal should be important, but relatively ordinary. Those authors who’s villains are relying only on diabolical plan often turn out cardboard-y and unbelievable.

This is very important part that actually makes a villain. They could want the same thing as hero, but WHY they want it is the key to explaining their evil.

Batman – a good guy – wants to be rich so that he can fight crime with help of high-tech and his resources.

Lex Luthor – a bad guy – wants to be rich so that he can make huge scale terrorism that will make him even richer.

So, no evil character is motivated by desire to be evil. They often don’t consider themselves evil and when they do, they don’t mind. It’s about making your goal come true and satisfying your need (the motivation) that matters to them.

Easiest way to make ruin your villain is to make them unmotivated, or motivated by insanity, whim or some other weak connection to the goal.

Unmotivated alien force of evil that doesn’t even perceive or care about the damage they wreck – that’s the stuff of Lovecraftian horror and is perfectly fine. But if your evil has human shape and character, then random evil won’t be scary, it will be unbelievable and shallow.

In doubt, you can always use ‘sins‘ as motivation. Just remember that the best villains have complex motives. You can’t just pick one flaw; pride, greed, lust, envy, gluttony, wrath or sloth. Either combine the flaws or connect them to one of the personality traits, so let’s continue to…

In case of villains it’s very connected to motivation. It’s often final distinguishing point that makes them wicked. Personality is list of traits and ideas that drive characters to behave in certain way in order to attain their goals fueled by their motivation.

He want’s to be rich so that he could fight crime.

But so do IronMan and Richard Castle.

What makes them totally different characters is not goal or motive, but the way they go about it. Batman is cold and ruthless, IronMan is jovial and somewhat immature, Richard Castle is playful, charming and bit vain.

The best villains have sensible coals, even motives, but it’s HOW they go about it that makes them evil.

Let’s observe Batman’s super villain – Penguin. He wants to be rich. He wants it so that he could be respected and accepted in the society. Nothing bad here. But… he’s approach to it is one of breaking laws, committing crimes and being obnoxious.

Another villain, Jamie Lannister is motivated by lust. But it’s his cruelty, his unscrupulous approach (able to kill a child) and his disregard to social rules (incest) that makes him vile.

With all this in mind you can construct villain’s…

Yea, when you create hero or other character, I’d suggest you make rough sketch primarily focusing on the background. But with villains it’s a bit different. We all know that the reasons for bad guy’s evil is somewhere in the childhood, but that’s not enough.

Many of us are bullied, but we don’t turn into villains. Many of us had difficult childhoods, yet we didn’t become evil. Or did we?

Traumatic events break people. Make them scared. Fear grows and if it’s not somehow relaxed or resolved, it goes to extreme. Powerful characters feel weak, that’s why they crave power. Greedy characters often run from poverty. Fear is in the root of their villainy.

This is important when building your baddies. Villain who holds grudge and seeks revenge for some insignificant event in the past are not plausible. Like, oh hero insulted them once 20 years ago… get a life, dude. So, when constructing your bad guy’s (or bad girl’s) history, make sure event(s) that hit them are powerful and justify their behavior.

Let’s stick to Batman. His arch-nemesis, Joker, was a crook before meeting Batman. But falling in that acid vat was enough trauma to explain his aberrant desire for revenge, and created powerful excuse for him to stay on the path of crime.

This word excuse is important. Treat your villains as persons who made bad choices. Who didn’t manage to find the way out of their issues, but succumbed to excuses. Then they would be life-like and, why not, lovable. In fact, that’s the key to unforgettable villain.

Let’s study Khan from Star Trek’s Into Darkness. He is fiercely devoted to his crew and his goal is to liberate them, motivated by love and connection they share. Khan is blackmailed into doing bad stuff in exchange for safety of his crew.

So far he is no different than Captain Kirk, displaying same sort of loyalty and love for his own. Khan even gets earnest Kirk’s admiration. They even cooperate.

But, when Khan suspects his crew is dead, he decides to wreck havoc and embarks on revenging crusade against Starfleet. He turns into a terrorist and stops at nothing to get his vengeance.

Ah, if only he could calm his temper. If he wouldn’t use evil of others to justify his own deeds. He is driven mad by pain and hurt, but if only he could overcome… then he would be a hero… not a villain.

There is a great lesson here, so if you want unforgettable villain, make them miss the role of a hero by tiny bit.

How NOT to write your villain

For the very end I want to give you a list of all the mistakes typical for creating a villain.

Unnecessary villains – having a villain just because you’ve heard that every story needs one.

Vilified villains – villains that don’t do anything bad, but we have to take writer’s word for it that they are despicable. Example is Professor Moriarty who is supposed to be Sherlock’s arch-nemesis and super-evil. We just have writer’s word, we see no evil act. He’s just there to be a villain, making him very poorly developed character.

Poorly motivated – villains who do it for the lulz, who have no plausible motivation or simply enjoy being evil. Kotomine from Fate/stay night is poorly developed as his explanation for doing evil is that he enjoys it like others enjoy music. *puke*

Insane villains – Just don’t. Not only it’s a stale cliche, but it’s not true. Mentally ill people are not evil. Insane villain is so anti-climactic and random, it hurts. Yea, you can make them traumatized, borderline personality disorders, but you can’t explain their motivation by being mad (scientist).

We want to hear from you. Who are your favorite villains? Do you have your own OCs who are villainous? Write in the comments or join our Discord.