Story of CloudNovel (So far)

Story of CloudNovel (So far) 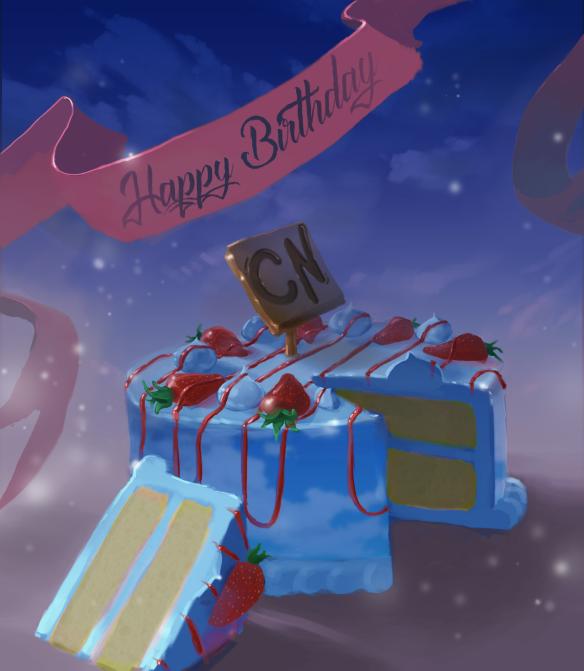 It was never my intention to make a visual novel engine. If you asked me how I ended up making CloudNovel then we have to go way back in 2012

I was 19 years old and I had an idea for a visual novel called Cafe Rouge. It was a story about a vampire cafe Otome game, with some mini game elements like cooking mama. Me and a few of my artist friends worked together on this VN in the spring of 2012 and we created 7 episodes of this visual novel series. The first episode of the visual novel was released in June 2012 and was an instant success. It got 250,000 hits in a week. Eventually my visual novel got 1.6 million hits total.

After I finished cafe rouge I realized there were other people who wanted to make visual novels but didn’t know how to code. So I decided to start making my first engine called Joilly

Joilly was an Adobe flash based engine where you could export flash made animations and use them to make a visual novel on Joilly.com

It failed, mostly because I didn’t foresee that flash was dying and mobile games were on the rise.

However a person from Asia was randomly watching my YouTube videos I did for Joilly and really liked them so he contacted me about forming a partnership with his visual novel engine. We found out that both Joilly and his project, known as projectvn, both used the same technology and JavaScript for the base of both our engines. And so, we combined and merged our two engines Joilly and projectvn and decided to call it CloudNovel.

However as the months passed he started losing interest and spent more time on his job than working on CloudNovel so I took over as the programmer of the website and engine. Then one day he decided he couldn’t work on CloudNovel anymore and so the engine was left in my hands. I was on my own.

In between 2015 and 2016 I put CloudNovel on hiatus because Of the dissapointing number of people that signed up. We had 1000 members and only 10,000 views per month in 2015. Keep in mind, 3 years ago, CloudNovel had only 5% of the features it has now 3 years later, so it could barely make a decent visual novel.

During my hiatus I found a job as a teller then an accountant at a wine company through a friend. I was satisfied with my life, but then I decided to come back to CloudNovel late 2016.

Suddenly CloudNovel had grown 3 times its size and was getting 400,000 page views per month all thanks to a YouTube celebrity called mairusu. CloudNovel’s star user TurnerJFrost was making this visual novel that mairusu was doing YouTube videos on and his videos got 700,000 hits each, and he had around 20 of these videos of this CloudNovel visual novel, 20 videos each around XXX,XXX+ views each.

Motivated to continue working on CloudNovel I added even more features like screens, cloudavatar dress up games, string flags for customizable names, buttons and rpg elements like health and mana bars so you can make Pokémon battle mini games in your visual novel, and I came out with even more new features so you can build mini games within CloudNovel in your visual novel.

Then in 2017 spring I had my second lucky break. I found my investor Ryan who I met at a startup networking event. I told him about my website and how I wanted to make it my full time job, and he saw the potential that CloudNovel could be and asked me to join his accelerator.

Later on in fall 2017 we went to our first trade show and had a booth set up giving out free candy and fliers in Columbus Ohio, and people loved CloudNovel. We gave away Pokémon plushies as prizes for a contest and lots of people entered.

Now in 2018 we have a thriving discord community, and a brand new logo and mascot character as we are contouring to make CloudNovel better every day!! We are aiming to get the mobile app done soon so you can play CloudNovel on your phones (you can already do that, it’s available on the mobile internet browser).