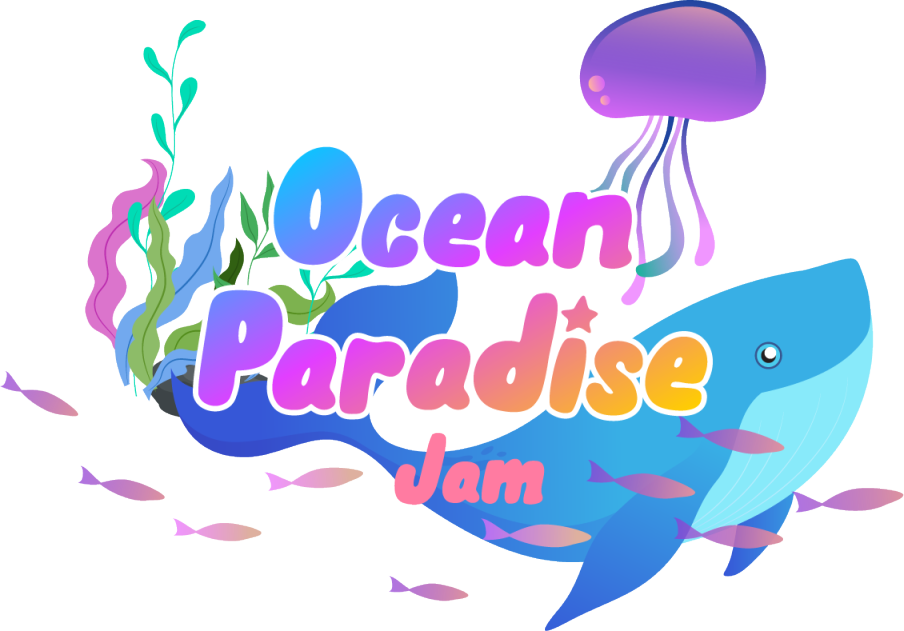 The interview this month will be dedicated to our ongoing jam. Let’s take a sneak peek to get an idea of what we’ll be able to see in the contest.

Q: Could you start by introducing your entry?

Sonya: So my entry is a fun little joke/meme game on the main staff of CloudNovel, me, Dax, and Fluff. This game is a complete joke game meant for laughs, so please don’t take it seriously. It is an inside joke for the staff of CloudNovel

SyntheOtaku: My visual novel is called Ocean Deep. A story of friendship and uncertainty.

ZodiacStories: My entry is called “Pnígike Paradise.” It is a somewhat kinetic visual novel, but it does have a choice that leads to either two different endings. The Visual Novel gameplay is similar to that of an adventure point and click game, with minigames serving as the puzzle. The story seems pretty straight forward, August (Our main character) is a young mermaid who awakens within an underwater paradise, you play as her as she tries to find a way back home. But small hints throughout might show the player that not all is what it seems. A fun fact about this VN is that most characters take after Greek mythology; the first part of the name is even Greek. “Pnígike” or in the original dialect “πνίγηκε.” If you manage to figure out what it means, it pretty much spoilers the whole game. This is probably the most complicated VN I have ever put together, and I’m pretty proud of it~

Inari: Of course! Our entry is called Rainbowfish, an Asian-Inspired fantasy romantic comedy! Basically, there’s magic, asian-looking stuff, a little love, and a lot of awkwardness. There are 3 main characters, and each chapter features one of their perspectives!

Astara: My entry is Mea Huna (Secret Things), Its about a girl who is learning to surf with her friend when she gets caught in a big wave. It pulls her into a underwater utopia where she is found by four different types of underwater creatures. She can either follow their instructions to find her way back to shore, or be enchanted by their adaptable magic.

Amethryst: So, my entry will be called “Azure Echoes”, a short otome game set on an island with a “little secret”. The MC/Player who works at her aunt’s resort during summer vacation encounters a guest who demands her to show him around the different parts of the island. Later on, they’re forced to stop the tour due to a sudden storm and take shelter inside a cave where they find out what that secret is all about.

NoveltyDragon: Yea its a seaquel (Pun intended.) to a game I did for the spring jam with a all new premise and story. So the main character Sal make a return to an adventure that escalates dramatically.

SpringMetal4316: My entry is about my game called Deeper Down. Is about an antrho bunny who was enjoying a day at the beach of Alubawa. Until, their friends decided to prank him by throwing in the water but, a tentacle made of water, drag down the bunny under the ocean. And so he have to get out of this fallen kingdom full of mermaids. it’s a fantasy and battle game who kinda have the battle style in Undertale (genocide, normal and Pacifist) but its a chapter 1 since I don’t have much time to work on the game.

Xhrystal: Alright, I suppose. It doesn’t have a name yet, for a start. The basic premise is that a deep sea mermaid resembling an angler fish falls in love with a mermaid who lives in the waters above the depths, but she’s too scared to approach her crush for a couple of reasons. Basically a fluffy “I like you regardless” type of story

Q: What inspired you to create this game?

Sonya: I’m inspired to make this game after CN Breakdown, playing that game gave me lots of inspiration and fourth wall breaking that I wanted to do of my own game.

SyntheOtaku: Well, the theme of the jam was a big help. I wanted to make something a bit out of the normal for me with this game. I could’ve easily made this a cutesy dating sim but I decided to be more laid back and made this more about friendship and how they can grow and fall. A game that inspired me a lot was If My Heart Had Wings and how I enjoyed the aesthetic of the game.

ZodiacStories: When I saw the theme was underwater paradise, I began to think of what “paradise” means in different cultures, how the word has two different meanings.

Inari: The Jam theme! I’m also Chinese, and I like anime and K-pop, so I combined some themes from those East-Asian countries with your traditional magic-fantasy setting, and you get Rainbowfish! I also like to put some unexpected spins on traditional character role tropes, so I hope you’ll play it and be a bit surprised!

Astara: I have a strong interest in paranormal cryptid folklore. I wanted create an adventure/mystery story based on different mythologies and merge them together for fun.

Amethryst: I actually got inspired by my sketches of a character that will later be revealed in the game! So, I decided to create a little world that includes them.

NoveltyDragon: well…I wanted to make people laugh really, I never got to be taken seriously but when I saw I made sonya laugh on stream I thought hey if she liked it others did so I wanted to continue to share the laugh. again in a seaquel.

SpringMetal4316: Mnnn for the theme about mermaid. And for idea to remake something different from the others
Xhrystal: The jam itself, and the lack of mermaid romance that’s interesting to me. I thought it might be fun.

Q: How’s the progress? Do you think you can finish it in time?

Sonya: I definitely think I can finish on time, this will be a short game so I’ll have 3-5 endings, and the gameplay will be quick.

SyntheOtaku: Yeah I believe I can. Part of the reason I decided to go with the story I can up with is because it’s grounded and mundane I guess. The story is simple so It’s manageable. As far as progress, I drew the sprites and got some assets together. Right now I’m working on the beginning. I honestly always have trouble starting out the novel 🙂

ZodiacStories: The progress is going pretty well!! I will most definitely finish before the due date.

Inari: The progress has been going pretty well so far! I’m a little worried about finishing the full game in time for the Jam, but I’m definitely confident we can (at the very least) release a great demo game!

Astara: I am about 25% done. I’ve been working on mostly the storyline and music. I get most inspiration for characters after making them a world to live in I guess. I hope I can finish it in time. I’m pretty slow at this.

Amethryst: I’m around 99 percent certain that I’ll be able to finish it! I started my project pretty early and I’m still motivated to work on it. I’m still new to the “developing” process, so by creating this visual novel I get to practice on how to use the engine.

NoveltyDragon: I think…I’ve recently joined a band and have been practicing for gigs. So Idk know I might.

SpringMetal4316: Well for the progress, I made most of the first part (need to make the sprites) and I’m not sure. But I decided to make only 7/8 parts.

Xhrystal: It’s still in the concept stages, I have some designs and the events of the story in order. I think I might cut it a bit close, but I’m positive I’ll get something done. I’ll try to give you guys something worthwhile.

Q: One special question for Sonya. As the host, do you have anything to say?

Sonya: I’m surprised that EVERYONE is doing a mermaid game. Or at least, 90% of entrants are mermaid games. It’s not a bad thing, but goes to show you that mythology is a popular theme when it comes to writing stories.