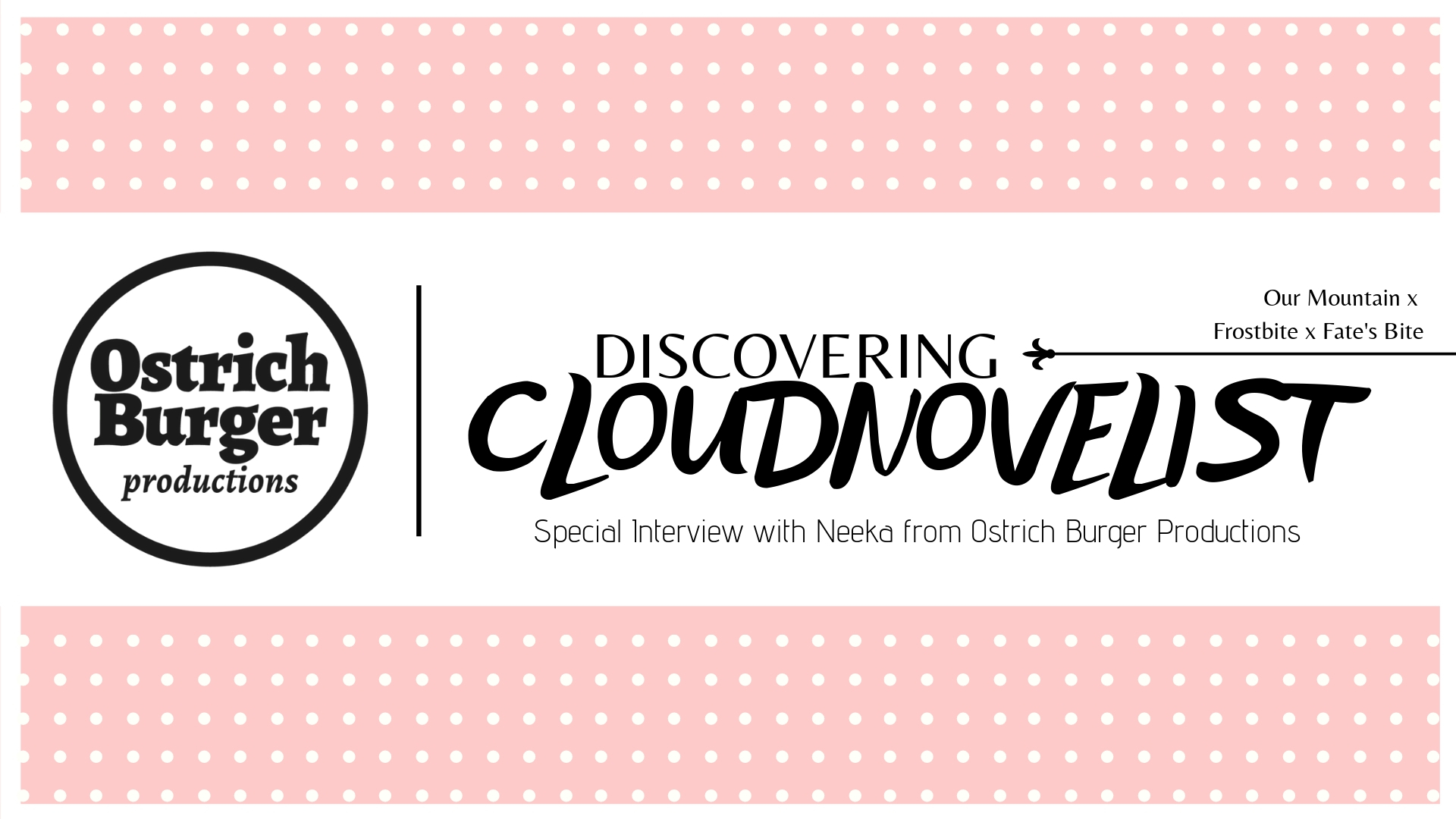 Welcome to CloudNovel’s first monthly interview. This is fluffness, I’ll be interviewing our first guest, Neeka.

Neeka is an experienced CloudNovelist, famous on CloudNovel for being a resource digger. She collects various free resources from around the webs and shares them with us * inserts worshipping here*. She’s also the first creator who successfully had a project crowdfunded. Let’s ask her for some useful tips for other Cloudnovelists.

fluffness: Hello, Neeka. Can you start introducing yourself?

Neeka: Hello. I’m Neeka, a 20-something year old woman from the US.

fluffness: You’ve been on CloudNovel for quite a long time, right? What kind of visual novels do you make usually?

Neeka: I first heard of Cloudnovel after finding Sonya’s VN Cafe Rogue and have been on it since. I usually make action-adventure games with a touch of fantasy, but I also would like to make psychological /suspense vns as well.

fluffness: How many games have you created so far?

Neeka: I have one completed game from a few years back, “Alice in Neverland.” Currently I have three demos.

fluffness: Oh, that’s quite a lot of projects if you’re working on them at the same time. Do you have a team?

Neeka: Yes and no haha. I will work with artists, either for free or I’ll commission them. I do all the writing and implementing of the game into Cloudnovel by myself.

fluffness: There are a lot of writers who look for artists who could help them with their projects. Do you have any advice for them about how to find an artist?

Neeka: Be open and clear on what you’re looking for. I’ll usually post on Discord or the Lemmasoft forums asking for help, stating exactly what and how much I need. If I can’t pay the artist I will clearly state that and keep a loose deadline. It’s not fair to an artist who volunteered to help you for free if you rush them or try to squeeze in a short deadline. Always be polite and considerate. When it comes to paying an artist I don’t try to ‘haggle’ for a lower price, since they know what the value of their art and hard work is.

fluffness: That’s good advice. Thank you. Well talking about art, I also noticed that you often collect free resources and add them to CloudNovel resource page. How do you find them?

Neeka: Sometimes I will go on the Lemma forums where they link sites to resources. Occasionally the resource site will also have links to other site/resources, though you may have to look for them. I’ve also just typed “free to use game art” or something similar into google and looked through multiple pages until I found something that caught my eye. I also watch visual novel groups on Deviantart that will update with free to use resources.

fluffness: I see. that’s gonna be helpful. Now let’s talk about the other topic many people are interested. You’re the first CloudNovelist who got a game crowdfunded. Can you tell us about your experience?

Neeka: I had been interested in crowdfunding since I don’t always have money to commission an artist that I like. After doing some light research I decided I had a strong chance at getting my game funded. It’s very exciting when others show an interest in your project. I was quite ecstatic when the donations would come rolling in, even the small ones. Since I had set such a small goal ($200 USD I believe) I easily reached it and was able to surpass it.

fluffness: Do you have any advice on how to get your game crowdfunded?

First, if you’re thinking of crowdfunding your game there are things you need to do before. After my experience, I recommend having at least 50% of your script completed so you don’t feel pressured in any way if some life issues pop up unexpectedly. I didn’t have mine and in the end, felt rushed to put out a demo or at least something for those who had invested their time and money in my project.

Second, you are marketing your game. Even if you love it to pieces people won’t be as willing to help out if there’s just a wall of text-visuals are key. That’s why I ended up commissioning DAX for my Kickstarter graphics. Without them, I’m sure the game would have failed.

Third, set a low goal. I saw visual novels on the site asking for thousands of dollars. However, Kickstarter works where you only keep what you’ve raised if you reach your goal. So set it for the bare minimum. I knew exactly how many CGs I needed and the price (since I talked to the artist beforehand) so I asked for that amount. Then if you raise more you can use it towards getting extra assets for your game. I also recommend posting about your game on social media with a link to your Kickstarter/crowdfunding site of your choice. Most of my donations came from the site itself, but posting on Tumblr/Deviantart/Facebook, etc helps get the game out there and more people interested.

Also, people will be more willing to back a project if you can offer something back. For example, Kickstarter has tier rewards where if they donate x-amount they get something in return, whatever you set. For Our Mountain, if you pledged $1 you get your name as a backer in the credits and if you pledged $5 you get a secret route for the game. Those are not only fun but the backer feels more special if they get something out of it in addition to the completion of the visual novel. There’s also little ‘common sense’ tips such as posting frequent updates, thanking each backer personally for their donation, replying to comments/questions and so on.

fluffness: What game did you get crowdfunded? Is it going to be commercial?

Neeka: I crowdfunded Our Mountain, a fantasy visual novel. It’s actually going to be free! Since it’s my first more ‘professional’ game I wanted people to be able to play it and see what type of games/quality I produce. However, I do have commercial games planned too.

fluffness: What games do you have planned?

Neeka: Oh my, haha I have soo many. I have seven “on hold” as well as a list of games/ideas. Some include fantasy RPG-VN hybrids, a magical slice of life game based on plants, a creature-pet raising sim as well as Chinese-inspired fantasy RPG-Otome.

fluffness: Wow that’s a lot. How do you get inspiration for so many games?

Neeka: Well I’ve always been a writer, way before I even knew about visual novels. Most come from my imagination but sometimes I’ll come across some interesting art that will inspire me. I keep a board on Pinterest to keep ideas for games or even a general ‘mood’ I’d like to incorporate into one.

fluffness: How many of your planned visual novels are going to be commercial?

Neeka: At least five that are on hold will be commercial. However each game will have a free demo, and the price will vary for each game depending on how complex the mechanics are (like a RPG hybrid) or how intricate the plot may be.

fluffness: Do you already have a plan about how to advertise your games and where to sell them once you finish them?

Neeka: I have a loose plan for advertising-I’d like to learn more about marketing in general. I plan on selling them all on itch.io.

fluffness: I see, I see. I think that’s all I have to ask you for now. Do you have any other general pieces of advice to the CloudNovelists?

Neeka: Thanks for having me! Hmm, I’d say appreciate the site and this great community we have. CloudNovel is growing every day we should work just as hard~ Also if anyone has more questions about crowdfunding (there are a few points I didn’t quite touch on) or in general they can ask me, I won’t bite ^-^