Interview 2: Meet the staff of CloudNovel

Interview 2: Meet the staff of CloudNovel 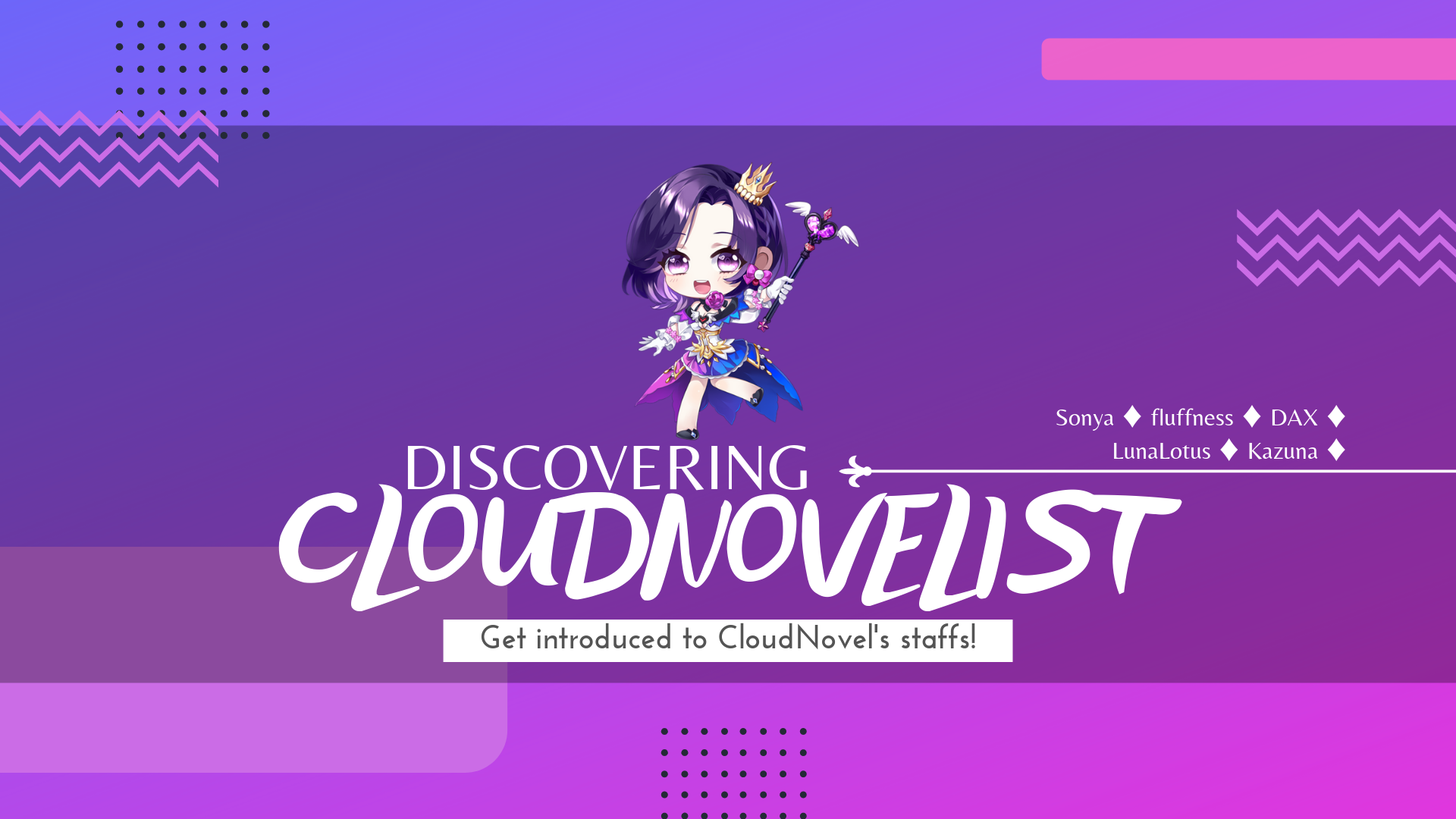 fluffness: Ah, what a peaceful day! Already two months passed since we started doing newsletters. It’s going well so far. We made blog posts, sent out emails… *nodnod* good job everyone! Alriiiight~ time to sit here and be lazy.

Kazuna: Hmm… It looks nice, but… Empress DAX? Princess Sonya? Fluffness?? Who are these? Don’t you need an introduction first?

fluffness: Well… *Dramatically take out megaphone* MODERATORS GATHER!!! WE HAVE AN EMERGENCYYYYY

fluffness: We… need an introduction. Users have no idea who we are.

DAX: Gaspu! They don’t know this Empress? How dare of them!

Kazuna: Ok guys, write down your introduction on this paper-  *give papers*

fluffness: OK. I’ll go first. I’m fluffness, one of the mods of CloudNovel. My hobby is to mess around with engine features so I could say I know CloudNovel pretty well. If you have any question about the engine, feel free to ask me (or any other mods). My work as a mod is mainly approving visual novels and resources, helping users with the engine, and writing the newsletter. Side job: I throw work at Sonya.

DAX: Then, it is time for this Empress to shine! My name is DAX and my title in CloudNovel is Empress. Bow to your majesty moderator! Mwahaha!!!

DAX: Okay, I get it. I always hang around our discord channel. I messed around with engine features too but I have fake Alzheimer, alas sometimes I even forgot what features I messed around. Hehehe… I love ikemen and I always ship the ships! My job in CloudNovel is… other than helping around with anything graphics or writing posts, throwing works to Sonya and answering users’ questions, I mainly ban any misbehaving users in discord. They always said to be careful around me but hey, I’m innocent! I’m basically lazing around the clock but I can be strict when I can be. Oh, also recently, I’ve played around with CloudAvatar engine so if you have questions regarding dress up game, feel free to contact me. That’s all.

Luna: Well then, I’m LunaLotus, Luna/Lotus or lulu for short. I don’t have many tasks around CloudNovel (the laziest one you would say haha), usually, I discuss jams and new features with Sonya and the other mod’s. I’m working on the CloudNovel documentations mainly atm. and keep an eye on the community to ensure that there won’t be fights between our users.
I enjoy working on Visual Novels, developing games, reading and writing stories a lot or helping other users so if you ever need help or need advice’s feel free to let me know!
I’m active on the Discord and on CloudNovel whenever I can.

Kazuna: Oof, okay my turn. I’m always online but always lurking on the discord channel. My main tasks are sending out the weekly emails and also answering questions on the discord server. I’m most active behind the scenes and on the art channel on discord. I enjoy talking about VN development and seeing all the WIPs, so if you ever need a game beta tester you know where to look for one. My side job is being part of fluff’s wrecking crew……

Luna: Wait, aren’t we forgetting someone?

DAX: ……This Empress has Alzheimer. Don’t ask me.

Sonya: Hm? Did you call for me?

Sonya: Of course. Hi, I’m Sonya, the CEO & developer for CloudNovel’s engine. You don’t see me much because most of the time fluff and DAX are keeping things running, but I do all the bug fixing and code writing behind the scenes. I also paid the bills for the cloud server we use to keep CloudNovel up and running. Most of the time, I talk to the investors of the CloudNovel company and and deal with all the business side of things. Oh, I also do a live stream on Twitch so you guys can talk to me on the official CloudNovel Twitch channel.

Sonya: *turns around* Hm? Why are you kneeling on the ground?

Everyone: We’re blessed by the grace upon your presence, Your Highness.

Sonya: Oh, please! Stop messing around. Do you have something to tell me?

DAX: Tch! She found out. This is a list of suggestion by users (and me, mostly by me).

fluffness: And this is the list of bugs need to be fixed (with over half of them is from my own game).

Sonya: –cries- I’ll go back to writing code, everyone. See you later.

fluffness: But we’ve finished introducing ourselves. Anyone want to add more?

DAX: That’s it, I guess. Before we ended this, I would like to mention that we do have other moderators such as ThayBrownie, Otometaku, shogako and Samonsea but they are not very active at the moment so maybe we’ll have another introduction about them when they come back. If you have any problem, please contact the staffs that are in the Chat Support in the top navigation bar. With that said, this is the end of the introduction.

Everyone: Have a nice day, CloudNovelists!