Thank you for joining us for April fool!

Thank you for joining us for April fool!

Yesterday, on April 1st, we threw a big prank about Sonya resigning as CEO and changing “CloudNovel” name into “Black Market”. Read the blog post here. 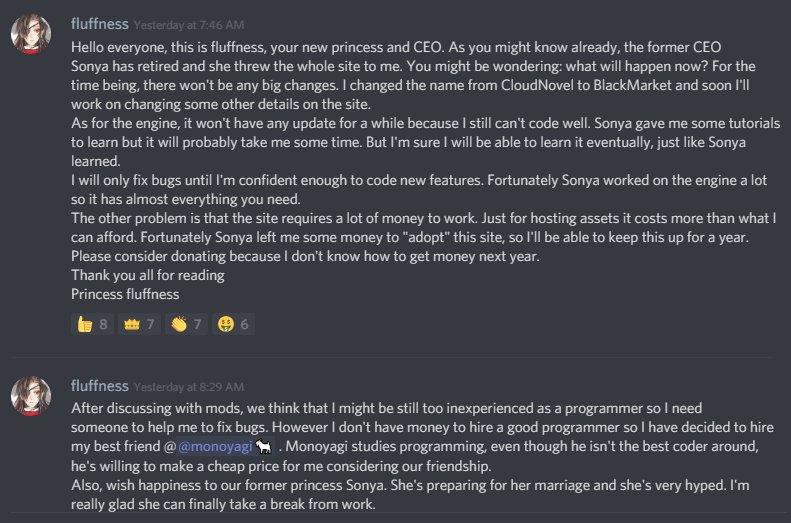 The prank was pretty successful on our discord server and we had a lot of fun (some people even believed it XD).

So Sonya is not resigning, Sonya is not getting married (yea she’s still single princess, if anyone wants to become our new prince hohoho), CloudNovel isn’t becoming Black Market, fluffness is not going to be the new CEO, the site isn’t going bankrupt…

…and the famous youtuber we all know is no one else but Sonya, our one and only princess!

Thank you everyone for playing along with us!

Side note: The Wrecking Crew made a game for April fool, purposedly filled with bugs and nonsense ((make you rage quit intensified)). Play CloudNovel Breakdown!!